This workshop is based on the type of toys made for the grandparents and great grandparents of todays children.
Many of them had pull along toys based on those made by Lego between the 1920’s and 1940’s (before any plastic bricks). 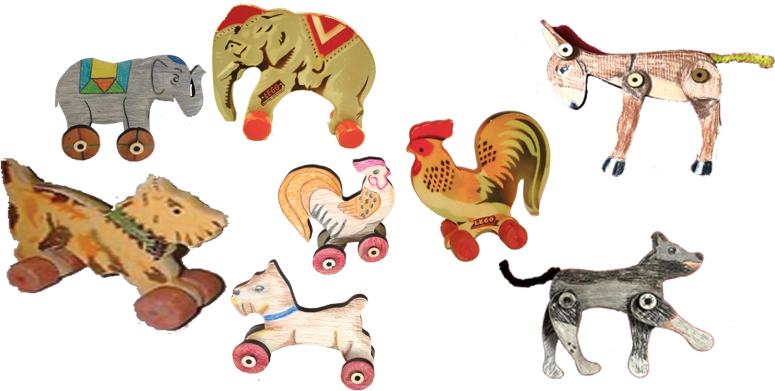 The East London Toy Factory, was opened by Sylvia Pankhurst and the Federation of Suffragettes and ran from 1914 to 1934.

The first toys were simple flat animals made of wood.  Eventually they became more detailed and modern. In 1915, they had all kinds of jointed wooden animals, including pigs, birds, elephants, squirrels, dragons, fairies, and little girl guides and boy scouts. Very similar to the toys that we offer in our workshops.