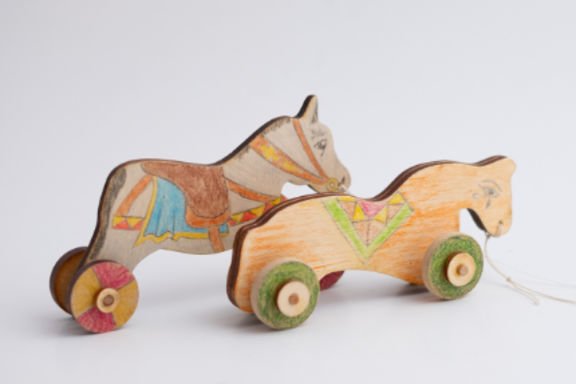 The Sumerians about 3,000-2,750BC were making little model wheeled carts and in India circa 2,500BC they had a large range of clay animals on wheels. They mainly had solid wheels but around 1,600BC spoked wheels were starting to appear.

In 1,100BC when the foundations for a temple in Persia were being laid among the many offerings were two small toy animals. They were a pig and a lion made of white limestone.

A wide variety of animals on wheels have been found but the horse remains the favourite. 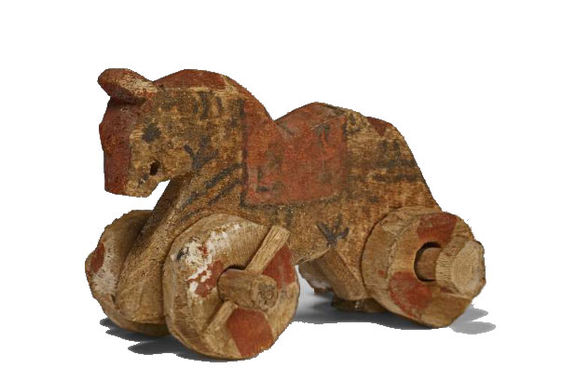